Matt Mullenweg, creator CMS WordPress, posted in personal blog information about new text editor Gutenberg. This is editor in begin september was access which plugin for CMS WordPress and get mixed reviews. Users expressed  serious worries abot future platform which will be based in text editor Gutenberg. Matt assure - new WP5 realese will be when Gutenberg full complete. Yet lead developer Gutenberg answering to negative reviews mention about  disable Gutenberg which default parameter.

Gutenberg may install in WordPress 4.8 of oficial marketplace - plugin editor Gutenberg. Plugin has over 2000 install, but middle rating reviews - 2.4 star.

matt-mclaughlin: I think the core issue is really simple – as a writer I don’t think in blocks.

brechtryckaert: It’s a change for sure, but people who have been used to page builders like Visual Composer.

React.js use in new editor Gutenberg, which may based editor in WordPress 5. Probably React.js in future can do a default library. Now have problem of license, Facebook - the creators React.js, not want to reconsider license library, that impede WordPress 5 be full open source product. Matt Mullenweg say - '... nothing to announce about Gutenberg licensing today'.

New editor - new view admin panel. In Gutenberg use 3 column for content, but fields middle column move in right column. This style most probably will be also in other pages. 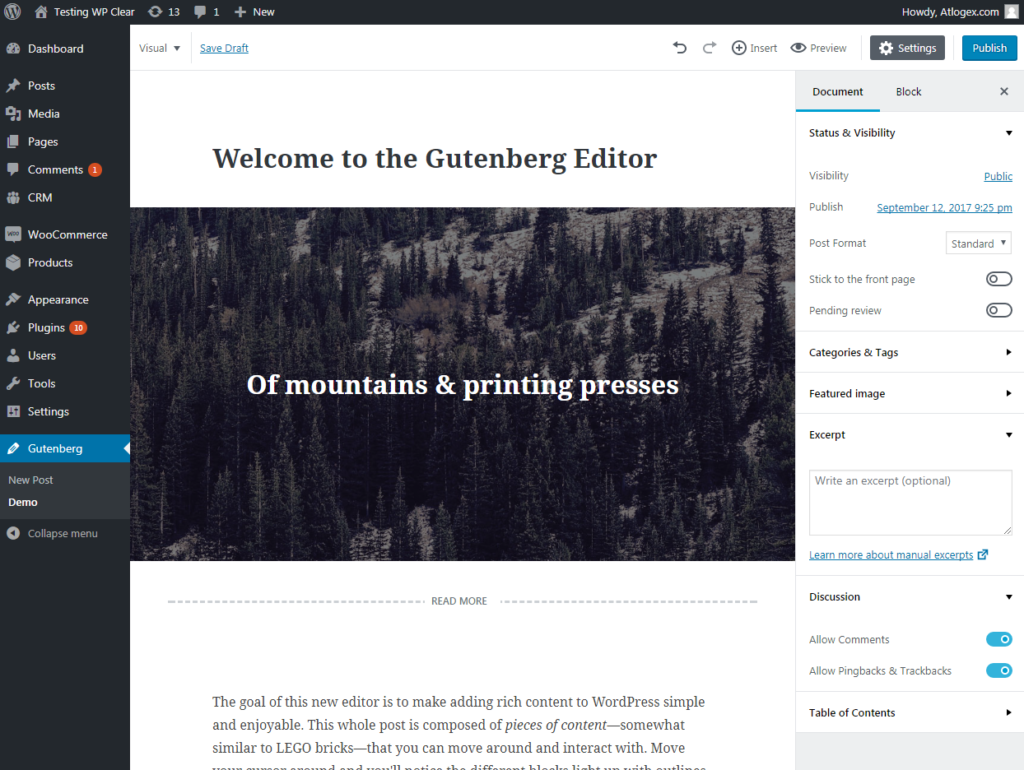